Schedule a free consultation to find out!

“I look forward to earning your trust, working together, and helping you accomplish your goals!”

Sigmund Freud was born in Austria. From a young age, he was an outstanding student. He spoke many languages and had many interests. At the age of 17, he began studying at the University of Vienna. He studied philosophy, physiology, and zoology under prestigious leaders in those fields. He received his medical degree with an emphasis in neurology.

It was through his combined interest in philosophy and biology that he began to develop the core theories that would later become the foundation of psychoanalysis. In particular, his beliefs in the unconscious began to develop thanks to his early interest in philosophy. Uniquely, this was enhanced by his study of literature. In other words, he gained extensive knowledge across many fields and combined all of those into a larger understanding of the human mind.

As a psychoanalyst, Freud serves as a blank slate for his patients. His skill set includes hypnosis, dream interpretation, and free association. He helps people bring their unconscious minds to their consciousness in order to find relief.

Freud began the education that would lead him to psychoanalysis as a seventeen-year-old student entering the University of Vienna, where his studies focused on medicine. Most importantly, he studied physiology under Ernst Bruck. He spent six years in Bruck’s lab studying the brains of humans and other animals.

Freud graduated with his medical degree in 1881. The following year, he began working at Vienna General Hospital. During the course of his five years there, he studied across many departments of the hospital. His time in the psychiatric wing of the hospital would prove to be the most poignant. He left the hospital in 1886 to open his own private practice.

As noted in the bio section on his training, Freud’s early clinical experience began at Vienna General Hospital where he moved from area to area, ultimately becoming fixated on psychiatry. He opened his own private practice in 1886. We need only to look at his own writings to see how that clinical experience developed over time.

His work began with hypnosis, which he studied under Josef Breuer. The two collaborated on an early book together, “Studies on Hysteria” which lays out Freud’s developing clinical method of treating cases of hysteria. Shortly thereafter, Freud published “The Interpretation of Dreams” which reveals his growing interest in dreamwork and free association as a tool for uncovering the unconscious.

Freud’s most famous cases can be explored through his case studies of those patients. Fore example, Dora, Little Hans, and the Wolf Man are all well-documented cases of interest.

In 1902, Freud founded the Wednesday Psychological Society, a discussion group where leading minds came together to discuss new and emerging theories of psychology as well as neuropathology. Many of the developments in his own work were sparked thanks to the networking done in this group.

In addition to his work in private practice, Freud lectured regularly at universities. Furthermore, he was well-known for his writings, which are available in many languages today. 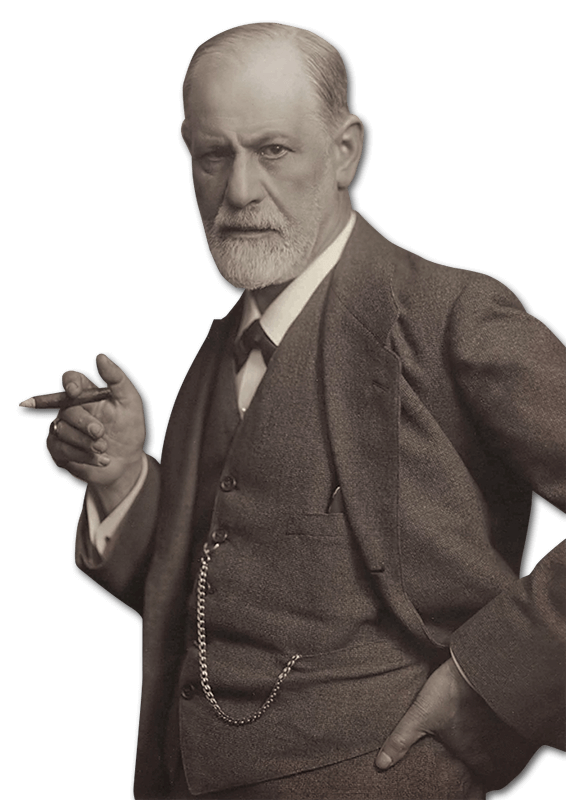 Ready to confront your Ego?

Maps were disabled by the visitor on this site. Click to open the map in a new window.
Scroll to top